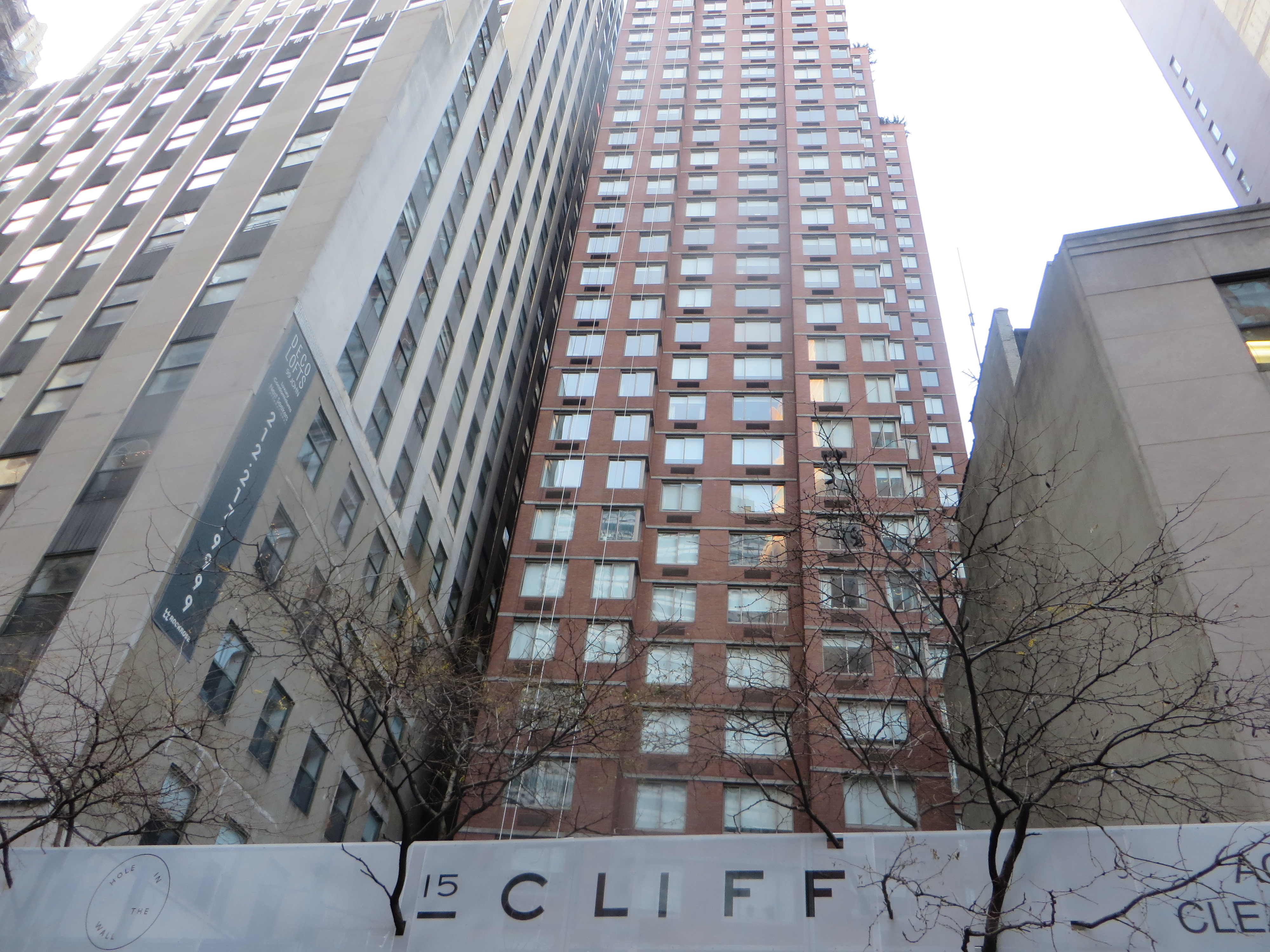 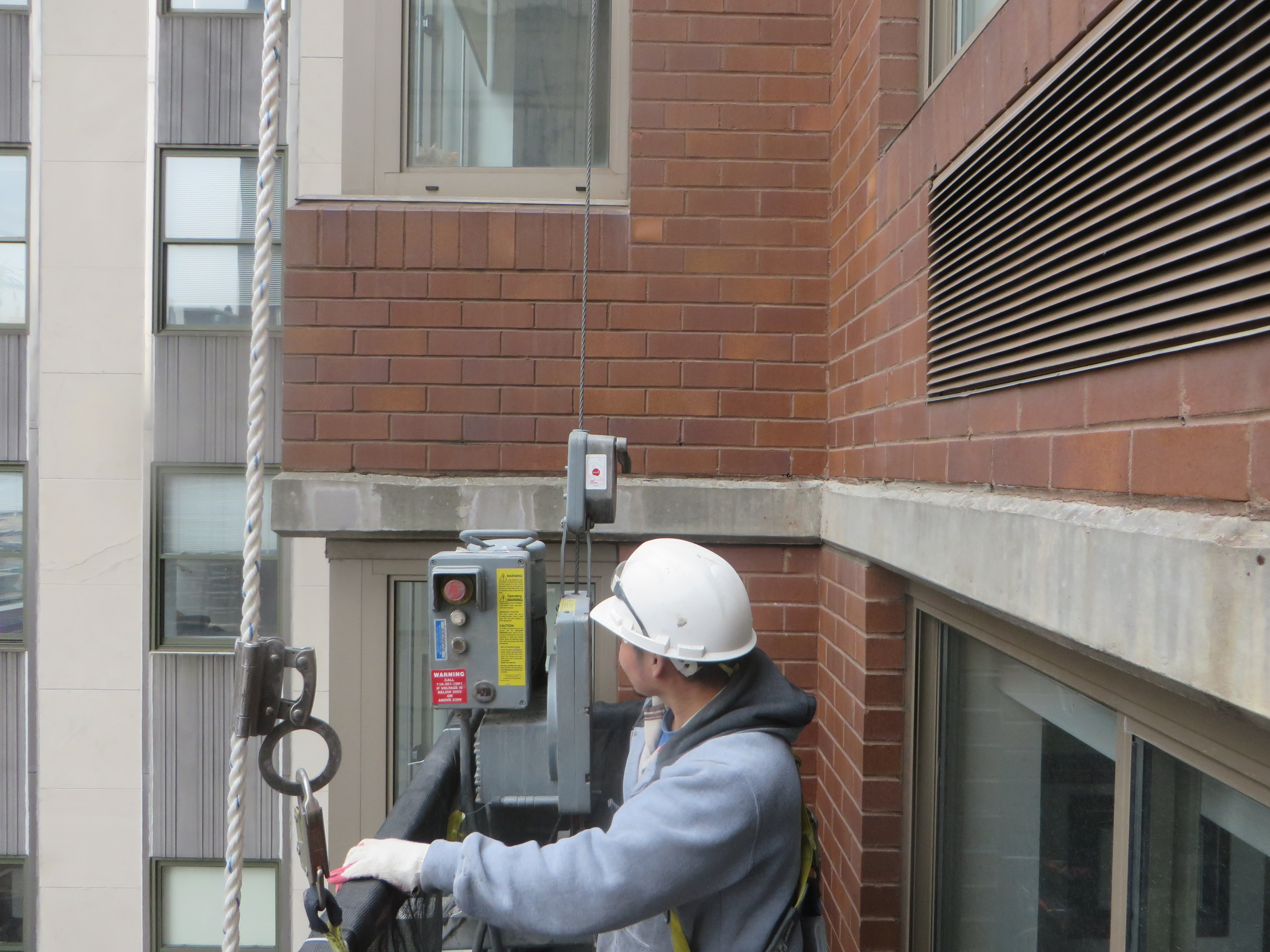 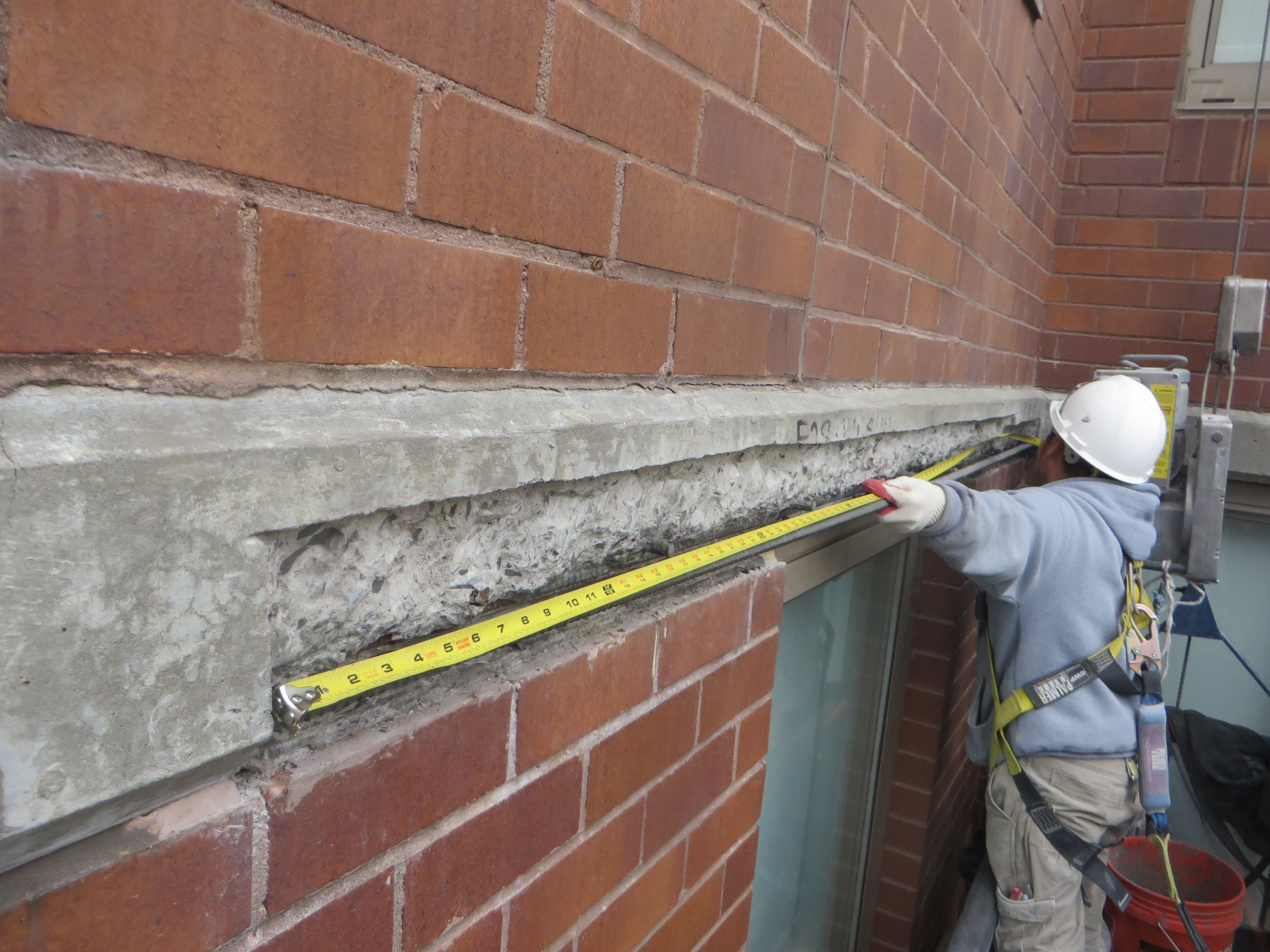 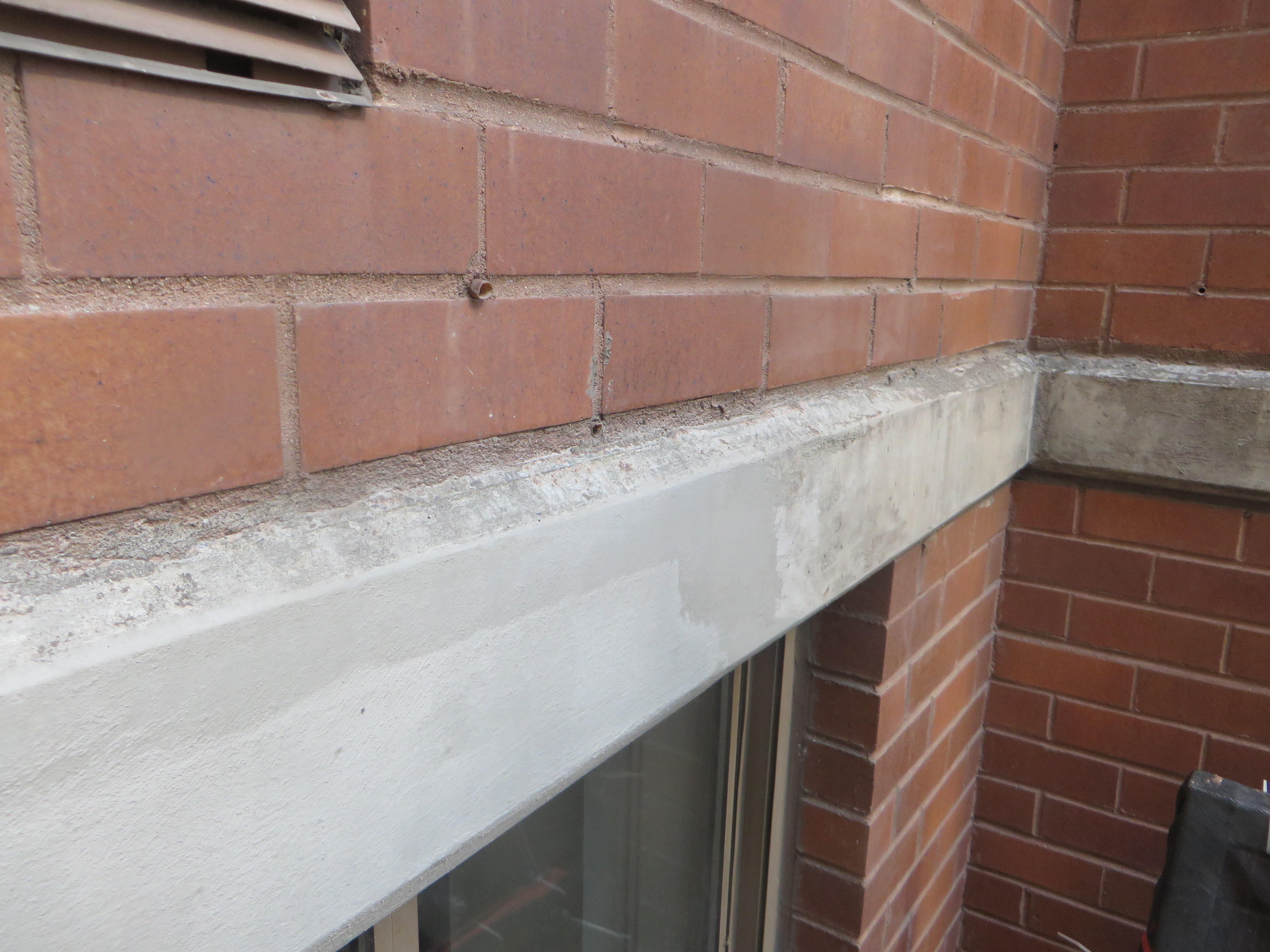 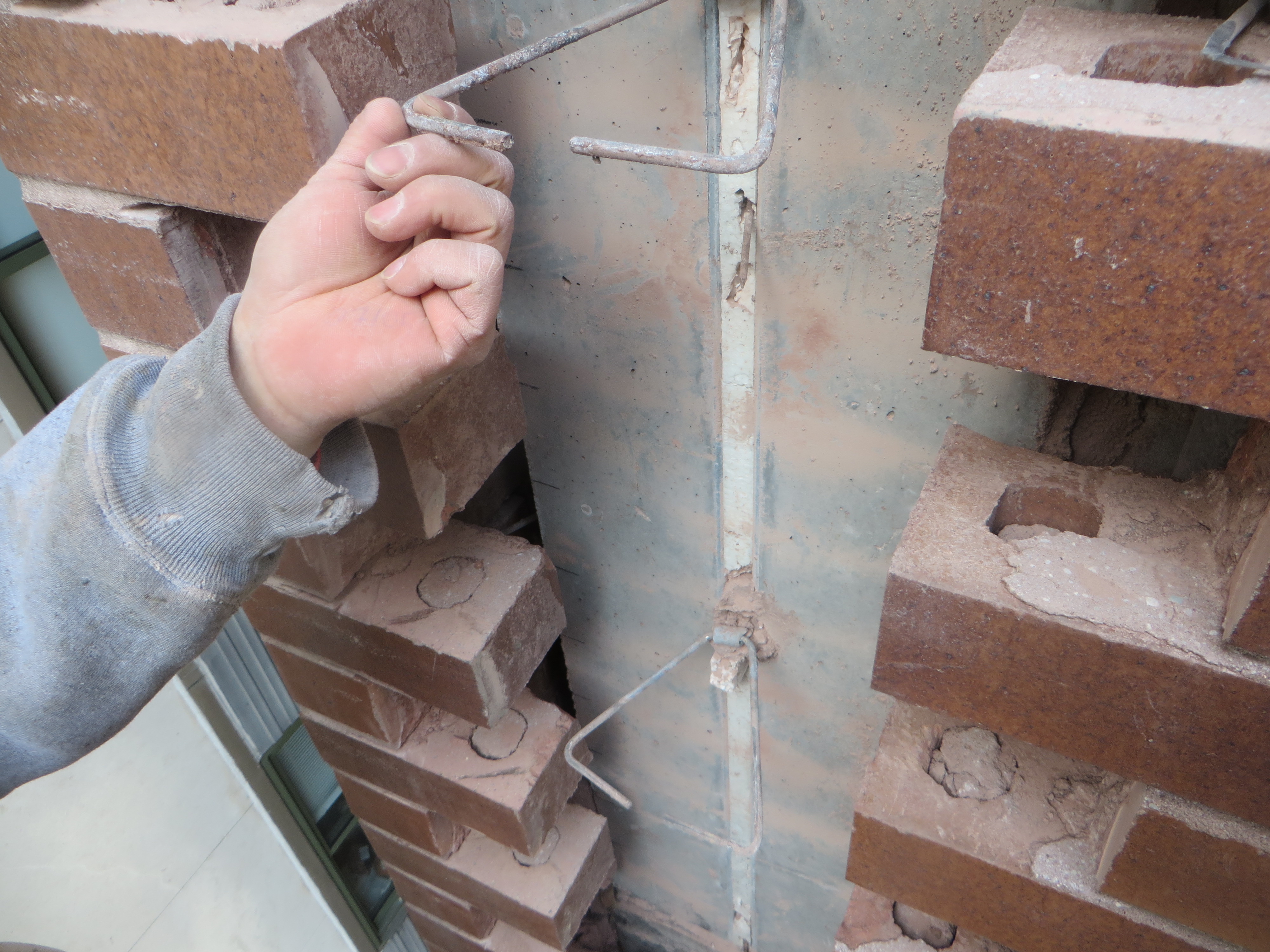 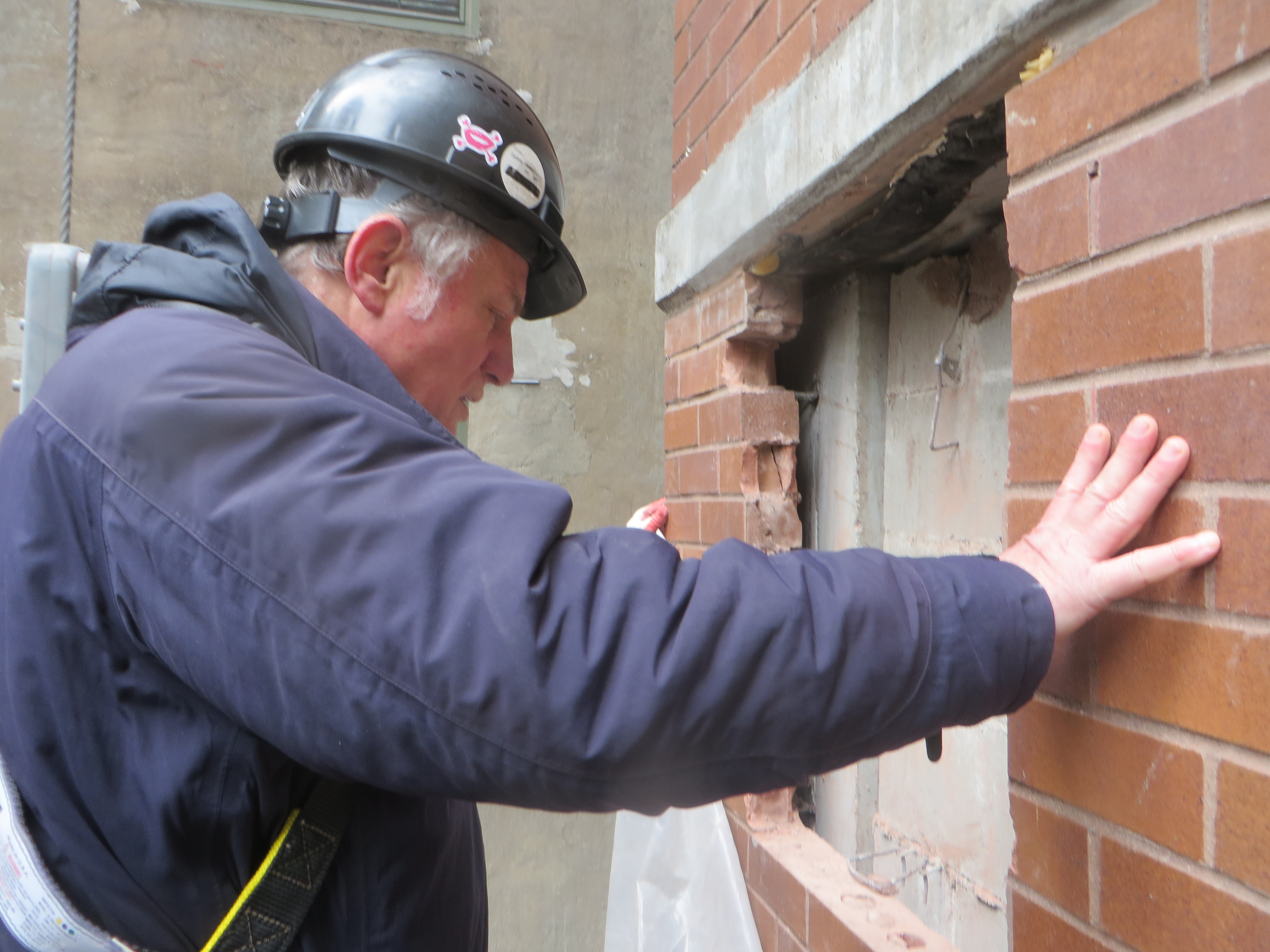 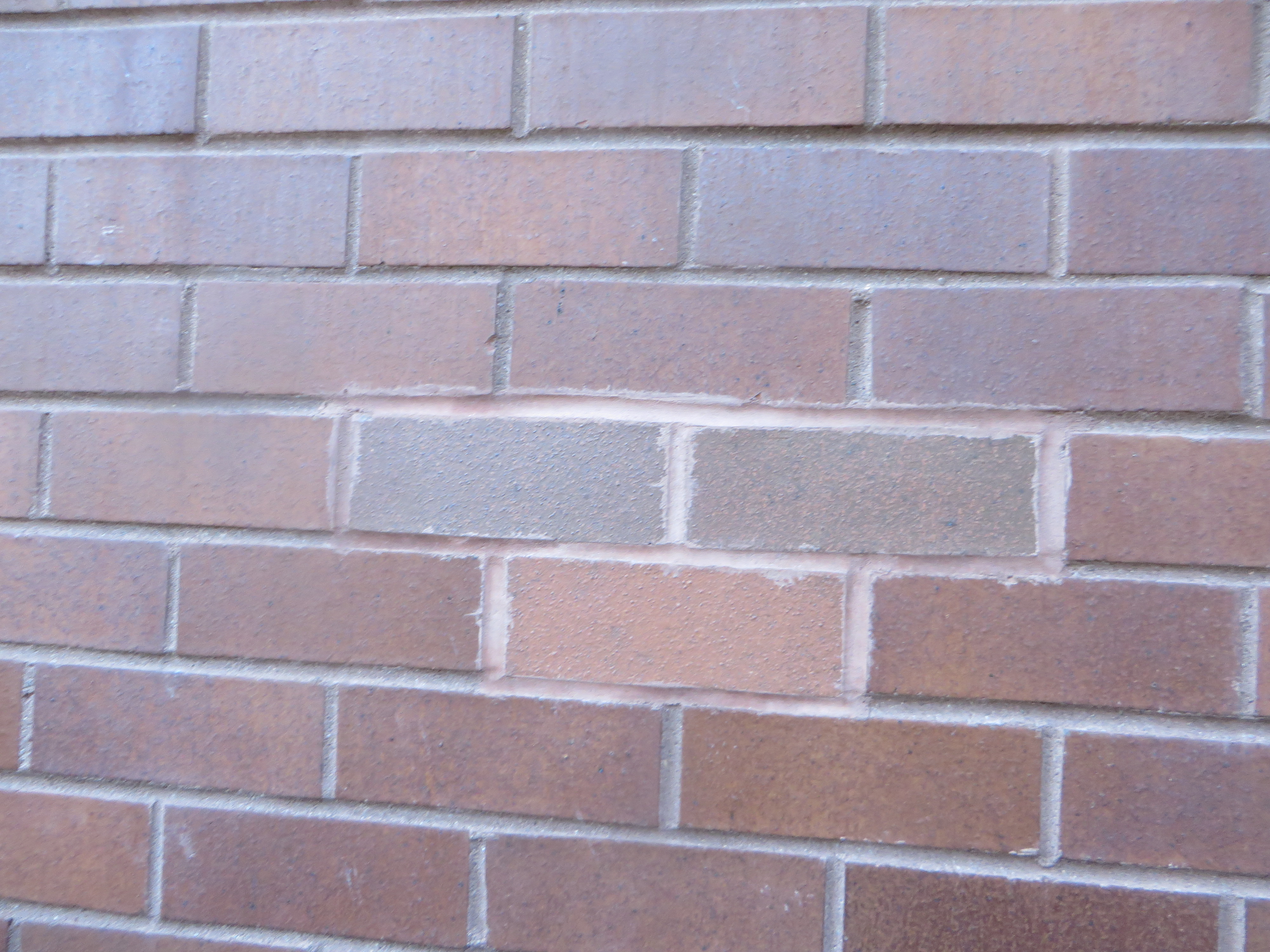 Located in the Financial District in New York City, 15 Cliff Street was classified as SWARMP (Safe with a Repair and Maintenance Program) after examination by our Engineering department.  It was determined that work needed to include correcting the SWARMP items and deterioration from the previous cycle's report to insure the building does not fall into an Unsafe filing status.

The largest scope of work included correcting the crumbling concrete eyebrows where rusting re bar, and potentially weather damage, caused major deterioration, spalling and cracking of the eyebrows. The eyebrows were then sounded for weak points and cut so patching of those areas could commence.  First the re bar was coated with rust protective coating and primer and then patched using SIKA TOP 123.

After our up close visual scaffold inspections completed, other items were identified for correction.  Those included replacement of degraded bricks, re pointing deteriorated mortar joints, and replacement of failing sealant.

Project management, multiple site inspections and contractor organization are just a few of the services associated in a successful Local Law 11 completion.